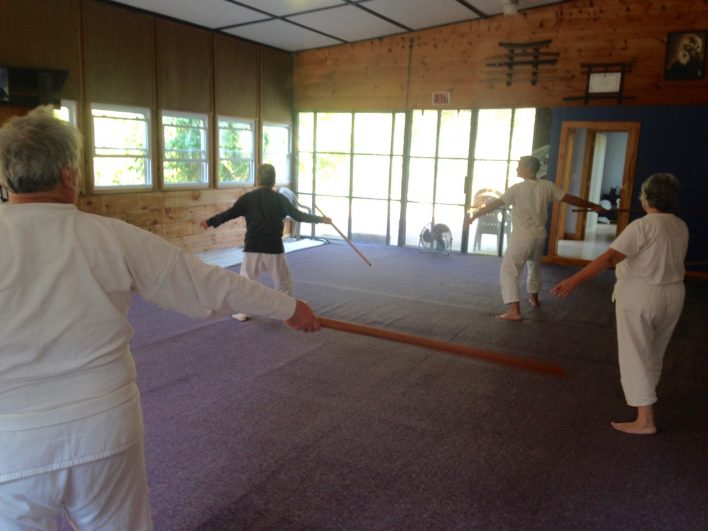 I enjoyed a special workshop with Shintaido Master Instructor Ito Sensei this last weekend, arriving from France with new movements being developed in Europe. I had already practiced an early version of these movements (part of a new kenjutsu form), but good to see them in their latest evolution.

So what were the moves? They both involve use of the short staff as sword, cutting through the space around us. (Technically, “diamond eight cut” and “Shoden no kata”, both done more slowly and smoothly than I had done in the past).

To what end? Not to defend ourselves — not going to happen with a wooden sword in this day and age. Ito mentioned that in Japan, traditionally when someone is stuck in their lives, through hopeless feelings or other difficult situations, an answer may be to visit a Shinto priest, who may perform a ritual to clear the space around a person (Ito made quick cutting motions with his hands). Cut the space, clear the space…and bless the space. And I had seen Aoki Sensei, the founder of Shintaido, describe use of the sword in a similar way, to cut and to bless the space after the devastation in the Fukushima disaster several years ago.

Cutting and blessing…perfect message for me. And who doesn’t feel stuck in their lives in some way? To be able to use our own movements, and simple tools like a short staff, to both clear and bless the things in life that can get in the way. Some of the words Ito used to describe the cuts: egoless, mindful, aware. It’s the healing side of Shintaido, on the rise.

Technical notes: (mainly for me so I don’t forget them): 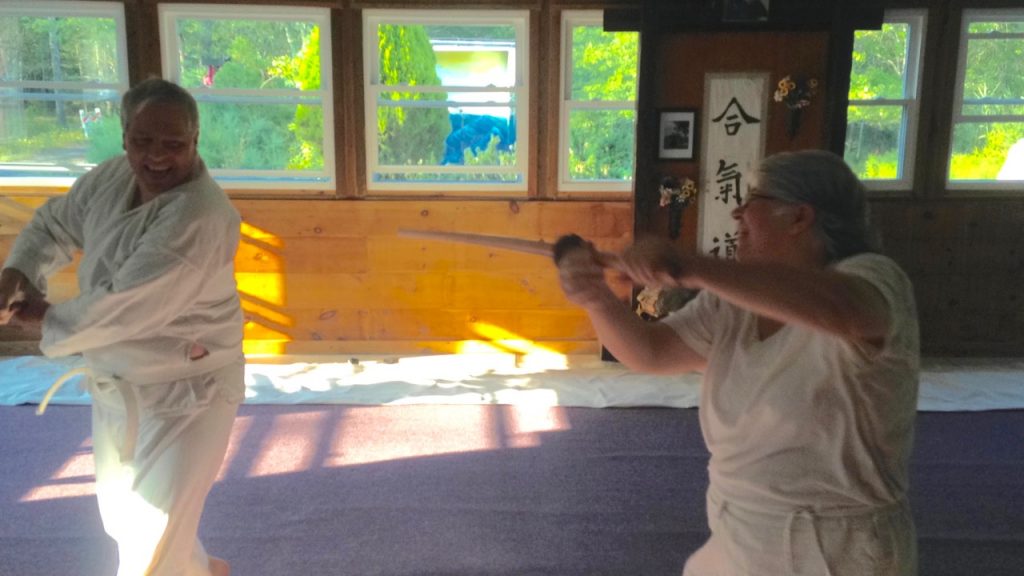 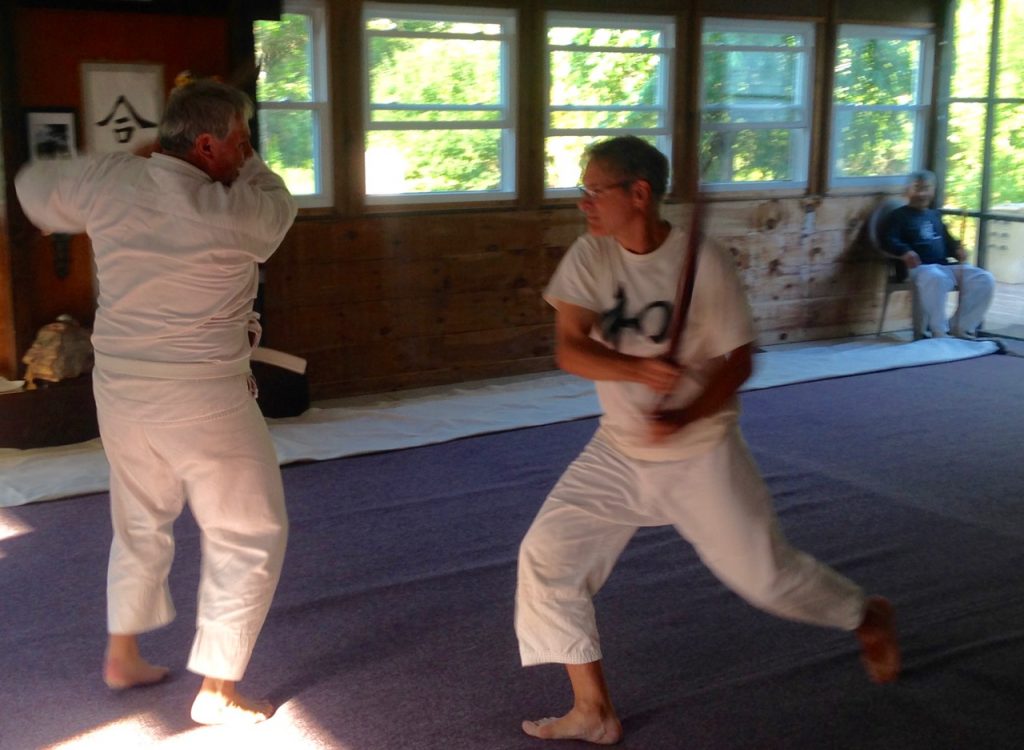 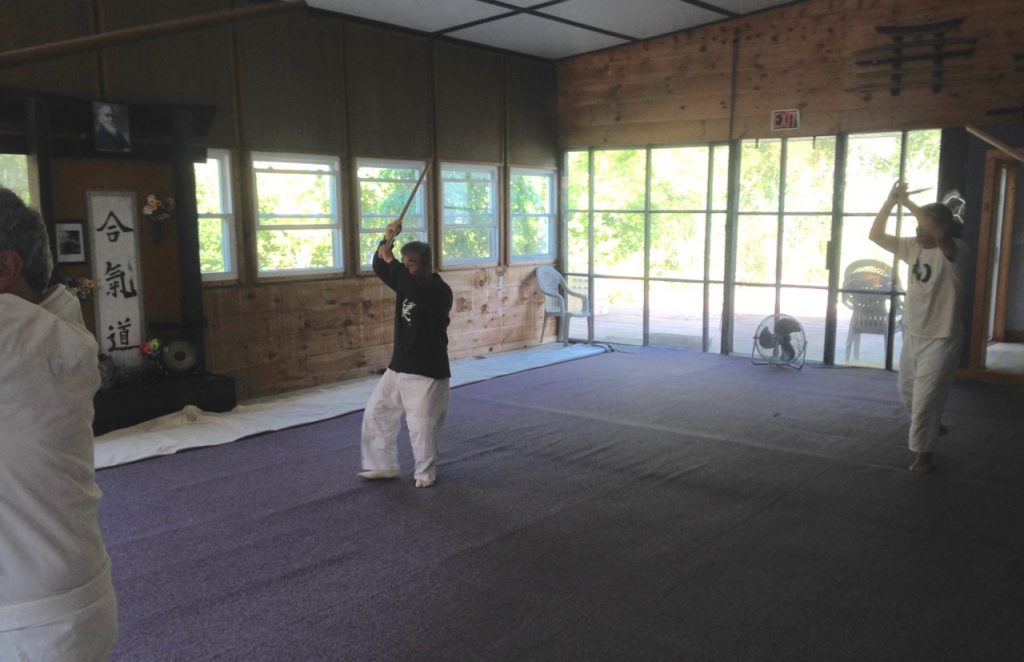 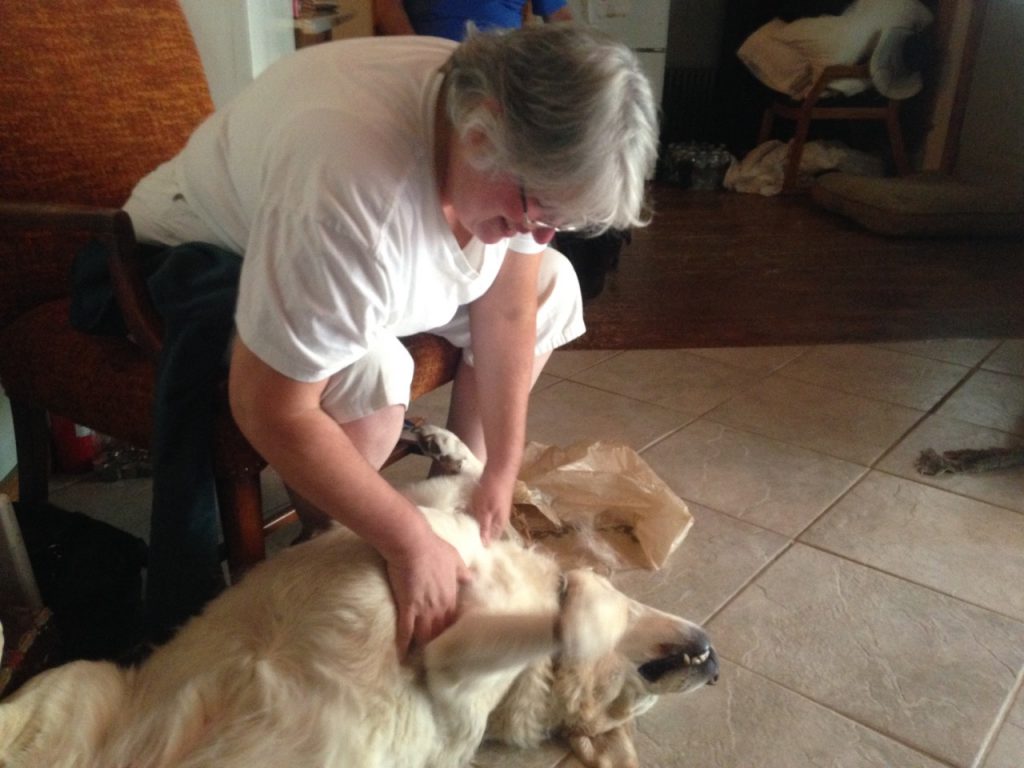 Bodywork on an eager participant