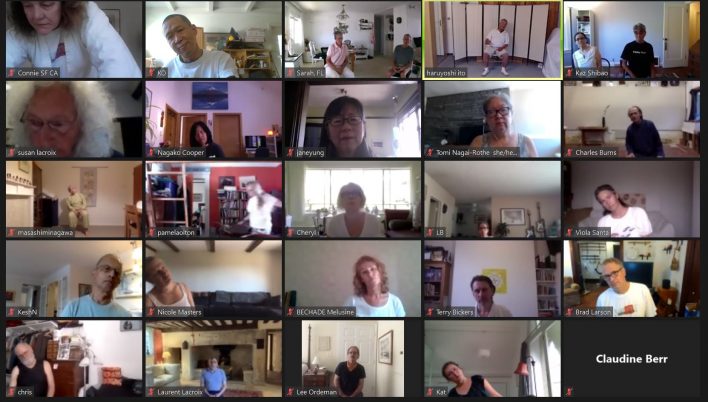 In this time of Covid-19, one of the unexpected positive outcomes is that I can now meet with an international community of Shintaido practitioners nearly on a moments notice from my living room. Today Ito Sensei led the 2nd in his series of the form Taimyo Kata, with a theme “Requiem”, in rememberence of the 75th Anniversary of the atomic bombing of Hiroshima and Nagasaki.

(If you’re not familiar with Shintaido, Ito Sensei is a master martial artist, part of the founding group of Shintaido, and one of the two who brought Shintaido to the U.S. It has been a rare opportunity over decades now to study with him when he travels nearby).

The overall gist was the Ito Sensei has developed a new approach to one of our central forms (Taimyo Kata) that is fit for a wider range of aging practitioners and the general public. The new approach will no doubt be described elsewhere, so I’m going to just list a few notes I took: